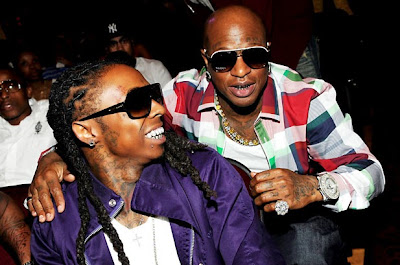 The rapper, whose net worth is estimated at $140 million is now suing his mentor for a cool $8 Mil.

TMZ reported ... the 2 titans tried coming to terms this week but it wasn't meant to be. Now Wayne will ask a judge to declare him free of Cash Money and Birdman's control. Wayne says Birdman has violated their contract by withholding the release of his new album.

As for the $8 MIL claim ... Wayne says Birdman owed the money for his latest album -- it was supposed to be an advance.

Birdman has held firm ... he will release the album "in due time," but clearly that's not good enough for Wayne.

We're told Wayne will keep recording but he will release his works outside of the Cash Money umbrella.

More on the story, According to the lawsuit, obtained by TMZ, Wayne says Birdman and company violated the deal by withholding tens of millions of dollars Cash Money owes him for his long-delayed album, "Tha Carter V."

Wayne claims because Cash Money is refusing to pay, he's entitled to walk.

But Lil Wayne wants more than just a declaration of freedom. He's suing for $51 MILLION.

And Wayne wants the judge to declare he's the joint copyright owner of all Young Money recordings ... which includes Drake, Nicki Minaj and several others.

Sources connected to Wayne tell TMZ ... if Birdman antes up then he can release "Tha Carter V," but only if Wayne gets paid. Wayne says he was supposed to get an $8 million advance when he began recording in December, 2013 and another 2M when he completed the album a year later, but so far he's gotten nothing.