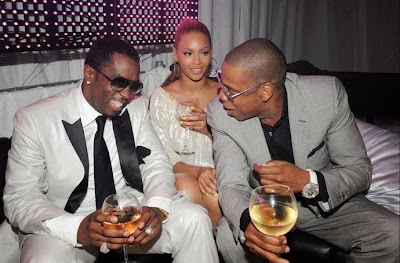 Forbes‘ Top 5 Wealthiest Hip-Hop Artists list has remained unchanged for three years — until now! Jay Z can no longer claim his throne as the second-richest rap mogul in America. And while Diddy (unsurprisingly) tops the list again, he’s about $120 million richer this time around!


Diddy can now boast to being worth a whopping $700 million — a sweet upgrade from last year’s $580 million, thanks to a majority equity stake in Revolt TV, a new channel focused on up-and-coming music aficionados.

“Right now my focus is Revolt and making it the number one, most-trusted, most credible worldwide brand for music,” he recently told Forbes in an interview. “And to get Revolt to be the quintessential definition of real time. I think that’s the future.”

Diddy is closer to becoming a billionaire than ever! At $700 million, Ciroc Obama — as he once dubbed himself — damn near can’t be surpassed.

Jay Z and Dr. Dre, however, have been neck-and-neck for years with Hov having the slight advantage. But this time, the Beats headphone tycoon penned a deal with Carlyle for a cool $500 million — “Beats’ value is soaring toward $2 billion,” Forbes adds. Dr. Dre pushed Jay Z out the way and secured second place with a net worth of $550 million; he was at $350 million just last year!

Jay Z falls down to third place with a net worth of $520 million, a step up from 2013’s $475 million. Much of Jay Z’s recent growth comes from Roc Nation, the sports management agency that the Holy Grail rapper added to his record label.

Birdman, founder of Cash Money, has seen a slight jump in his net worth — $150 million to $160 million in one year. The record label includes hip hop’s most lucrative artists such as Drake, Nicki Minaj, and Lil Wayne. “Diversification is on the way with Cash Money Content, a YMCMB clothing line and GT Vodka,” Forbes adds.
Curtis “50 Cent” Jackson saw his net worth increase by $15 million. Currently worth $140 million, the laid-back rapper owes his fortunes to his VitaminWater venture.

The Forbes‘ Top 5 list hasn’t seen new rappers on the list since 2010 — Jay Z and Diddy was No.1 and No.2 respectively, but Akon and Lil Wayne followed with Dr. Dre in fifth place.